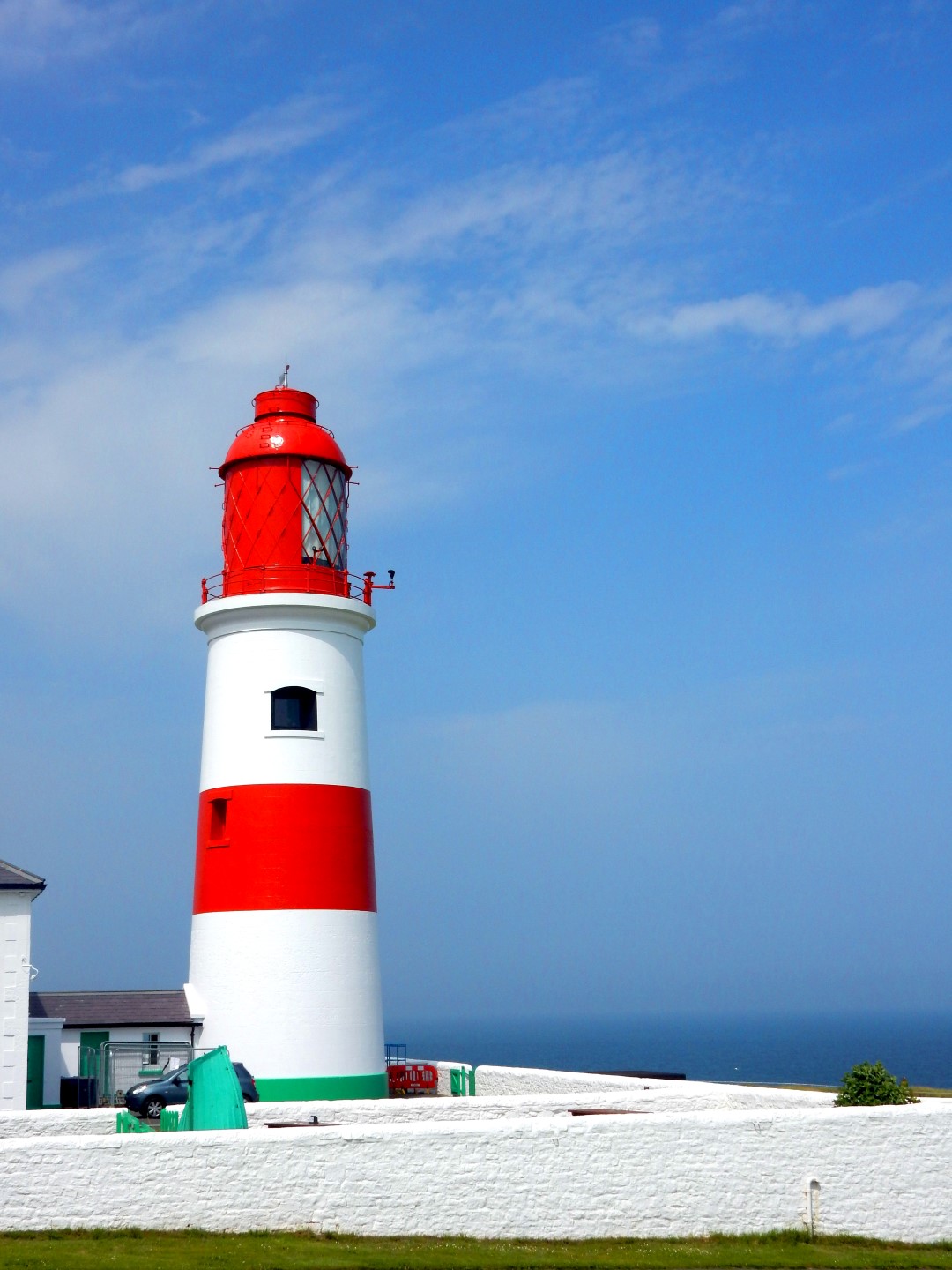 Lighthouses of the north east

I’m lucky to live by the North East coast, a stunning stretch of coastline that inspires me all the time. The bold colours and wide range of styles of the lighthouses of the north east made me want to grab a sketchbook and get drawing so that’s exactly what I did. But first, I had to decide which lighthouses to include in the print design.

Beginning in County Durham, the first landmark I chose was Seaham lighthouse. The colouring of this lighthouse is slightly unusual as it features black stripes, rather than the usual red or blue.

Moving further north up the coast, my next pick was Souter lighthouse. This lovely classic style lighthouse is located in Whitburn, between Sunderland and South Shields. It’s owned by the National Trust and the view from the top is incredible!

North of the Tyne

Next I travelled north of the river to Whitley Bay. I knew from the start that I wanted to include St. Mary’s lighthouse as it’s the closest lighthouse to where I live. It’s an icon of Whitley Bay so I want to do it justice. Keep an eye out for the next blog post to see how it turned out…

I’ve previously designed a print based on the North East coast which featured Longstone Lighthouse. This lighthouse located on the Farne Islands has the classic red stripes that will bring a great splash of colour to the print.

I was struggling to choose the final lighthouse of the north east as I wanted another one with stripes but I was coming up short. Then on a day trip to Amble I struck lucky. Not only is Amble lighthouse a fabulous red and white striped landmark, it’s also an interesting structure which will bring some diversity to the print design.

With all the lighthouses chosen it’s time to get drawing. Stay tuned for my next blog post to see how they turn out.

1 thought on “The beautiful lighthouses of the North East”