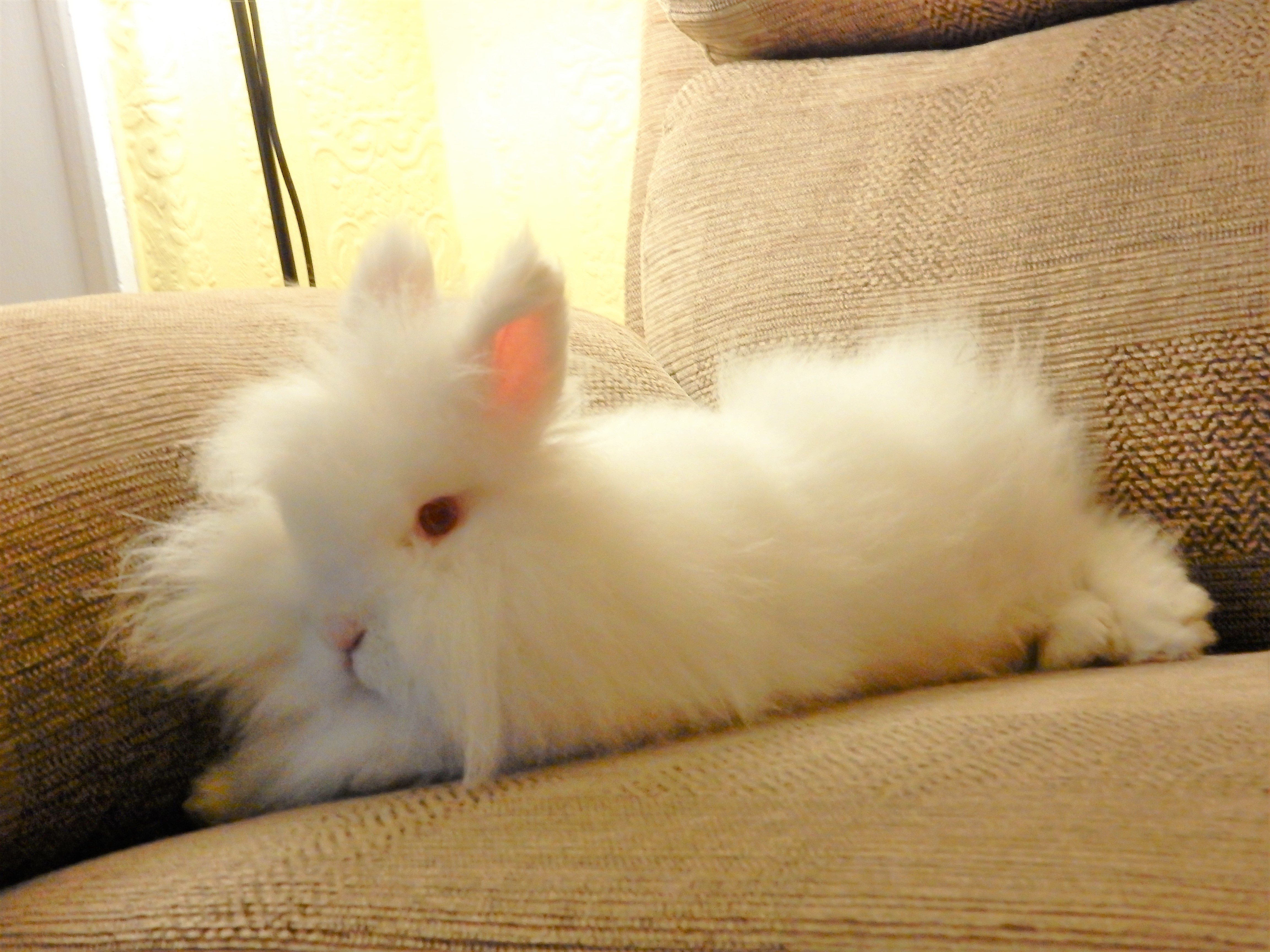 If you’re a follower of Drawn by Rhiannon on social media, you no doubt will have seen the odd snap of my pet rabbit.

I’ve had Cucumber from when she was a bunny and she’s the only pet I’ve ever had so she’s really super special. She’s a mini lionhead rabbit which means she has small sticky-up ears and she has a big fluffy mane just like a lion. Cucumber is particularly fluffy, as most lionhead rabbits lose the long fur on the rest of their body after the first shed but Cucumber keeps hers all year round. Every time we go to the vet she has a crowd of people coming to look at her and she looooves the attention.

She also has the best personality of any rabbit I’ve met. She is really clever (she hid her food under the hutch to convince me she’d eaten it all so I’d buy her new food) and can be really cheeky sometimes, but most of the time she’s just super lovely. She loves hopping around the garden and then sitting on the sofa watching TV in the evening. All of this just makes her the best rabbit ever – no offence to all the other rabbits out there! So I just knew I had to make a print design inspired by her.

One of her favourite activities seems to be rabbit yoga as she does some crazy stretches like she’s in a yoga class. I wanted to include some of her best poses in the print design so I followed her round for a few days to try and capture her different positions. Most of them were pretty fuzzy so not share-worthy but they were good enough for me to get the structure of her frame right.

1 thought on “When your pet rabbit is this cute you can’t not make a print design inspired by her.”